After Atlanta: A Roundtable on Race, Gender, and Anti-Asian Violence 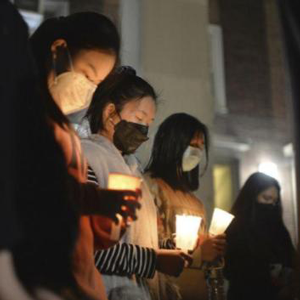 The Atlanta spa shootings that took place in March and left eight people dead, horrified the nation yet they speak to a much longer history of racial terror and anti-Asian racism that has long marked Asian/Asian American communities as foreign, vulnerable and disposable. After Atlanta will bring together 3 scholars to reflect on how the historical legacies of US imperial intervention, militarism, white supremacy, nativism, and heteropatriachy inform contemporary forms of violence against Asian/Asian Americans, particularly women and queer people.

Social Reproduction in/under Crisis – Bringing it all Together 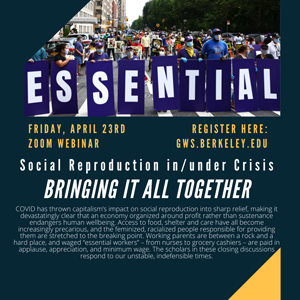 COVID has thrown capitalism’s impact on social reproduction into sharp relief, making it devastatingly clear that an economy organized around profit rather than sustenance endangers human wellbeing. Access to food, shelter and care have all become increasingly precarious, and the feminized, racialized people responsible for providing them are stretched to the breaking point. Working parents are between a rock and a hard place, and waged “essential workers” – from nurses to grocery cashiers – are paid in applause, appreciation, and minimum wage. The scholars in these closing discussions respond to our unstable, indefensible times. 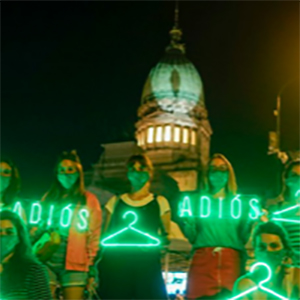 Cinzia Arruzza is Associate Professor of Philosophy at The New School for Social Research. She received her Ph.D. from the University of Rome Tor Vergata and subsequently studied at the universities of Fribourg (Switzerland), and Bonn (Germany), where she was the recipient of an Alexander von Humboldt postdoctoral fellowship. Her research interests include ancient metaphysics and political thought, Plato, Aristotle, Neoplatonism, feminist theory and Marxism. She is currently working on two projects: (1) a monograph on tyranny and the tyrant in Plato’s Republic and (2) a research project on gender, capitalism, social reproduction, and Marx’s critique of political economy. The Coronavirus Pandemic by socializing death demonstrates clearly and tragically that our coming political struggles cannot limit themselves to being struggles for better infrastructure alone. We must demand something more foundational—to organize society differently, where we value lifemaking over thingmaking.

Tithi Bhattacharya is Associate Professor of History at Purdue University. She specializes in Feminism, South Asian History, Class Formation and Colonialism, and Marxist Theory. Professor Bhattacharya received her Ph.D. from the School of Oriental and African Studies (University of London) in 2000. Her dissertation on the English-educated middle class of nineteenth-century Calcutta became the basis of her first book, ‘The Sentinels of Culture: Class, Education, and the Colonial Intellectual in Bengal’ (Oxford, 2005). In this she focused on a very specific aspect of the middle class’s social history: their obsessive preoccupation with culture and education. The book starts from a rooted definition of education and demonstrates how education and culture were frequently aligned to social and economic power. Bhattacharya uses class as an analytic category to argue that the commentaries about education and being educated in colonial Bengal ought to be seen as key arguments in staking out the territory of a new emergent middle class. The COVID 19 pandemic has precipitated a significant rise in hunger in the United States, especially among caretakers of children, people who are unemployed or insecurely employed, undocumented immigrants and other racialized groups. The gaping holes in the public response to growing hunger are the inevitable result of decades of welfare state transformation in which policy makers have withdrawn assistance for caregivers and reframed public benefits as a subsidy to low wage jobs. In the face of mass unemployment and life-threatening risks for frontline food workers, hunger is once again being used as a tool used to push people into unsafe jobs that prop up a racist and ecologically destructive food system.

Holding a Ph.D. in Anthropology from the CUNY Graduate Center, Prof. Maggie Dickinson’s expertise is in the quintessentially interdisciplinary field of food studies. She was “thrilled” to have her first book published in November 2019, exploring “the expansion of the SNAP or food stamp program over the last 20 years [and] the growth of emergency food providers, like soup kitchens, food pantries, and food banks.” By examining stagnating wages, worker insecurity, and other factors in a profoundly “insecure labor market,” ‘Feeding the Crisis: Care and Abandonment in America’s Food Safety Net’ demonstrates how “food has become the answer, even though it doesn’t really solve the problem of poverty.”

Mignon Duffy
Essential Work, Disposable Workers: What the COVID-19 Crisis has Taught us about Care and Social Reproduction 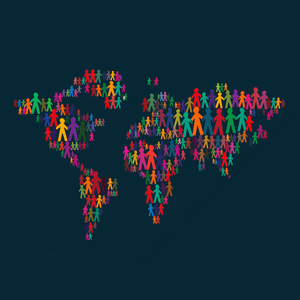 Scholars of care and social reproduction have highlighted for many years the centrality of care to our society, and the ways in which our current social organization of care is both inadequate and entrenched in inequalities. The tragedy of the COVID-19 pandemic is like the dye that doctors use to see pathways in CAT scans and MRIs, lighting up in fluorescent color this previously invisible crisis in care. In this talk I will focus on how to leverage this new visibility to advocate for long-term investment in a care infrastructure that supports social reproduction in both the paid and unpaid spheres.

Mignon Duffy is Associate Professor and Chair of Sociology at UMass Lowell. Duffy’s primary research interests center around care work – the work of taking care of others, including children and those who are elderly, ill or disabled. She is particularly interested in how the social organization of care intersects with gender, race, class and other systems of inequality.

Dean Spade
Social Reproduction in Public: The Role of Mutual Aid in Protest Occupations and Encampments 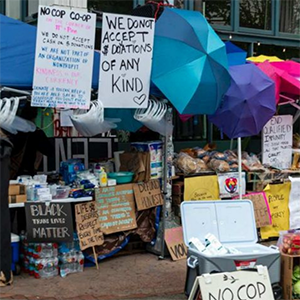 Dean Spade is an Associate Professor at Seattle University School of Law, where he teaches Administrative Law, Poverty Law, Gender and Law, Policing and Imprisonment, and Law and Social Movements.

Joseph Fischel
Gay Rights for Cows, or the Extinction of Sodomy Law 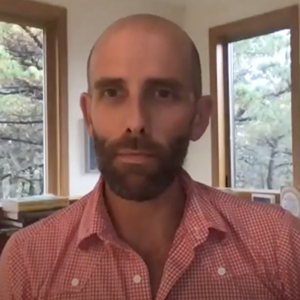 In the past few years, many states have enacted or expanded their criminal laws against bestiality, now often termed ‘animal sexual abuse.’ Honing in on one such reform in Louisiana, Fischel examines what proscriptions against sexual contact with nonhuman animals might tell us about the politics of sexual violence more broadly: in law and life, on campus and off, and across the species divide.

Joseph Fischel is a theorist of social and sexual justice. His research on the regulation of sex, gender, and sexuality is informed by normative political theory, queer studies, and critical race and feminist legal theory.

In the era of #MeToo, police brutality, global anti-blackness, and the overt targeting of queer, gender non-binary, and trans lives by the state, there has been a growing need to build out options that do not rely on the state or their institutions for protections. Given the role of the state and its institutions in producing and being complicit in systemic violence against marginalized communities, and how communities are often left without any other options, communities of color have consistently sought to develop alternatives to address the carceral, colonial, and settler colonial logics and conditions that impact our lives, both locally and globally. Rather than continue to rely on state systems, this panel departs from the transformative (justice) approaches, specifically the accountability and community organizing strategies of variously situated racialized women, as well as queer, gender non-binary, and trans communities of color.

Jane Ward
The Tragedy of Heterosexuality 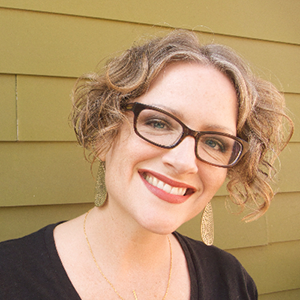 In her new book, “The Tragedy of Heterosexuality”, Jane Ward interrogates one of the basic premises of the current LGBT rights movement: that heterosexuality is easier than queerness. Ward asks: for whom, and under what conditions, is straightness easier? Drawing on 20th and 21st century examples of the failure and dysfunction of heterosexuality, she illuminates the seemingly obvious but unrelentingly ignored possibility that while being straight is largely beneficial for men, the same is often not true for women, especially women of color, for whom the institution of heterosexuality has been a site of violence, control, diminishment, and disappointment.

Jane Ward is professor of Gender and Sexuality Studies at University of California Riverside, where she teaches courses in feminist, queer, and heterosexuality studies. 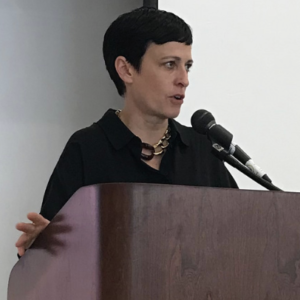 In his lectures on truth-telling and government, Michel Foucault uses the term alethurgy to name “the set of verbal procedures by which one brings to light that which is laid down as true as opposed to the false, hidden, inexpressible, unforeseen or forgotten”. He offers the following axiom: “there is no exercise of power without something like an alethurgy.” In this talk, centered on truth-telling between women in Elena Ferrante’s Neapolitan novels, I take up alethurgy’s shadows — those zones marked by the systems which reproduce power and authority as hidden, inexpressible and forgotten.

Jennifer Doyle is an English professor at UC Riverside. Currently, Jennifer Doyle is working on a collection of essays on art and sport. She is also writing about paranoia, harassment and the workplace. 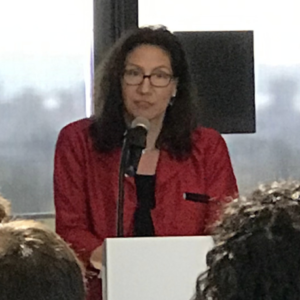 The fear of campus sexual assault has become an inextricable part of the college experience. Research has shown that by the time they graduate, as many as one in three women and almost one in six men will have been sexually assaulted. But why is sexual assault such a common feature of college life? And what can be done to prevent it? Drawing on the Sexual Health Initiative to Foster Transformation (SHIFT) at Columbia University, the most comprehensive study of sexual assault on a campus to date, Jennifer S. Hirsch and Shamus Khan present an entirely new framework that emphasizes sexual assault’s social roots― transcending current debates about consent, predators in a “hunting ground,” and the dangers of hooking up.

Melinda Cooper
Capitalism and the Question of Geneaology 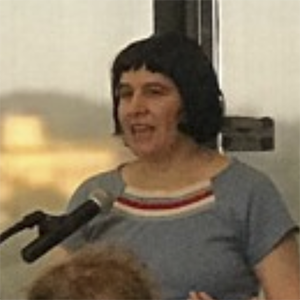 In this talk, Melinda Cooper asks why periods of capitalist breakdown are so often experienced as crises of reproduction and why the imagined solutions to such crises so predictably involve a return to reproductive order, with its attendant hierarchies of gender and race. The paper casts a critical eye on the role played by “reproduction” in Marxist feminist and anti-racist thought, arguing that the concept too often performs foundational and restorative work of its own. Professor Cooper begins by problematizing the role of ‘reproduction’ in Marx’s theory of capitalism, arguing that while Marx in volume 1 of Capital appeared to neglect or marginalize the role of women’s reproductive labour, he in fact made it foundational to the labour theory of value.

Melinda Cooper is Associate Professor of Sociology and Social Policy at the University of Sydney. Cooper’s research focuses on the broad areas of social studies of finance, neoliberalism and new social conservatisms. Her monograph ‘Family Values: Between Neoliberalism and the New Social Conservatism’, was published in Zone Book’s Near Futures series in 2017. She is currently working on two research projects. The first is an ARC-funded investigation into the politics of public debt with a particular focus on Virginia school public choice theory and supply-side economics. The second project focuses on the economic politics of the far-right.